A delightful tin-plate model of a delivery van, with original paintwork and signwriting.

The model van was probably made in 1921, by a tinplate worker who was registered at 28 Kenyon Street, Ramsbottom and the son of W H Nuttall, who was an auctioneer and valuer. The tinplate worker, James Nuttall, had a younger brother called Harold, and it is likely that the model was made for the younger brother. In the census returns of 1911, there is a note of a William Henry married to Sarah, with sons James, William and Harold and daughter Mary Alice, all living at Kenyon Street, Ramsbottom.

It is likely that the model was copied from their father’s delivery van; as auctioneers, they would have needed transport.

A lovely vignette of life at the end of the First World War, made more interesting by documented evidence, most of which has come from the Ramsbottom Heritage Society. 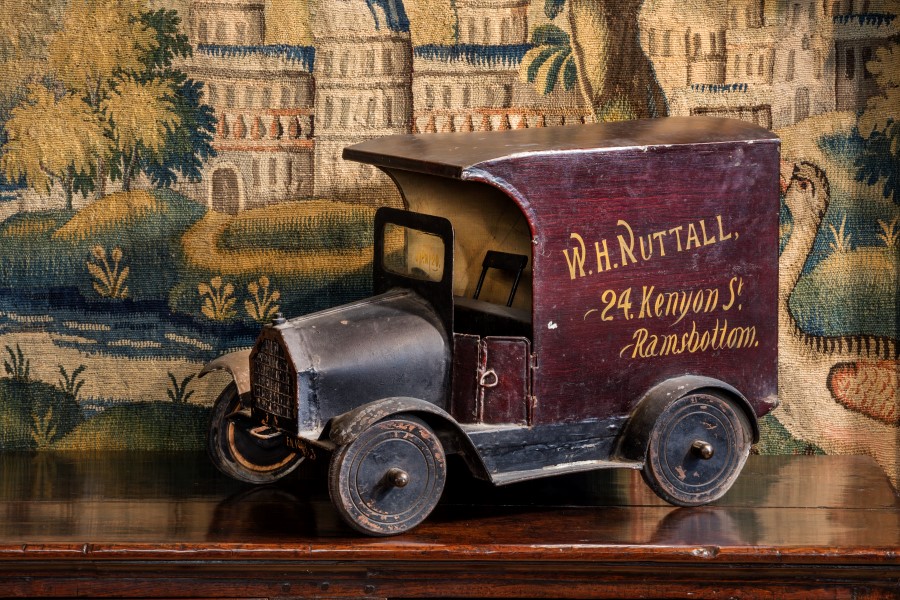 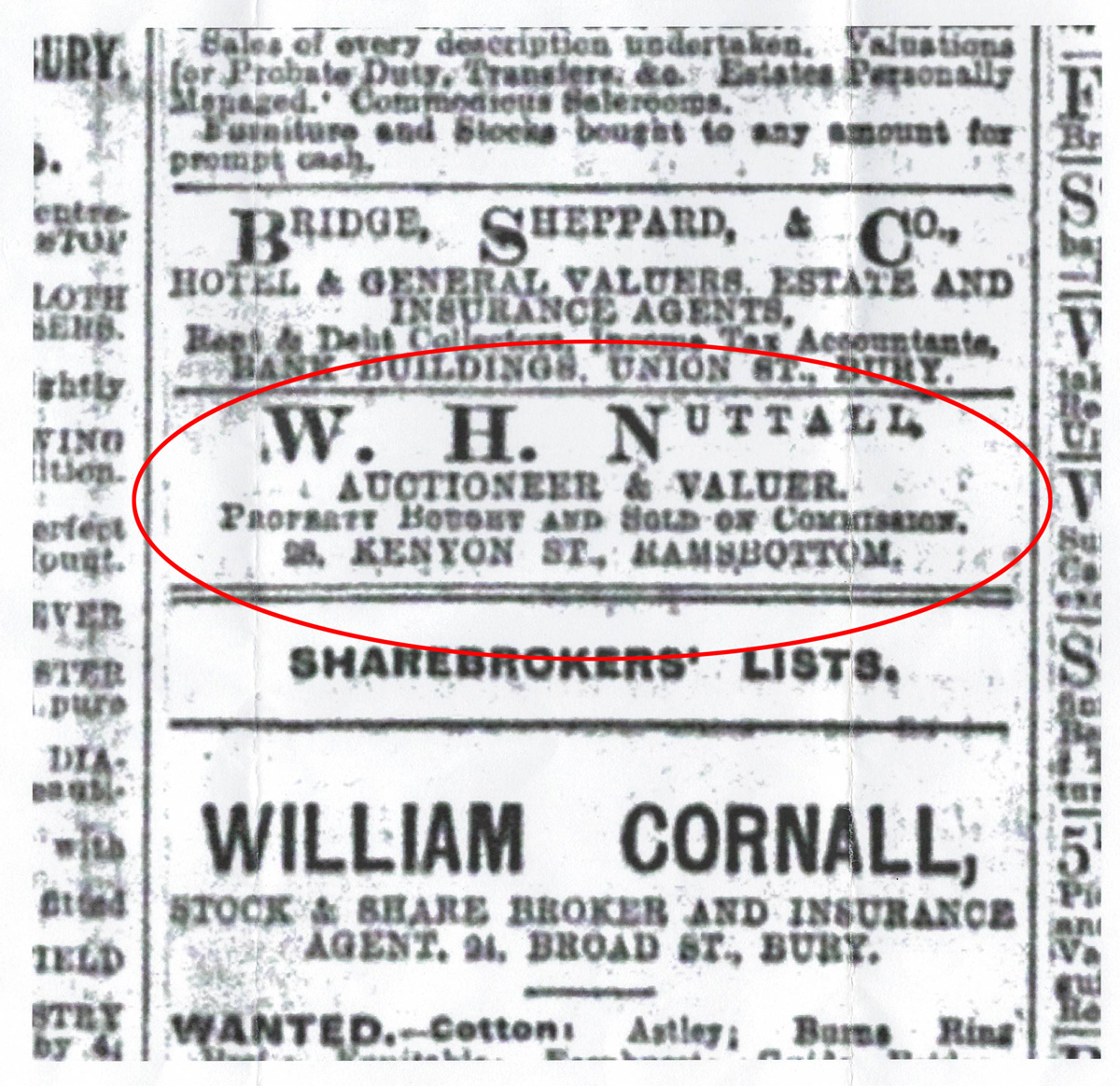 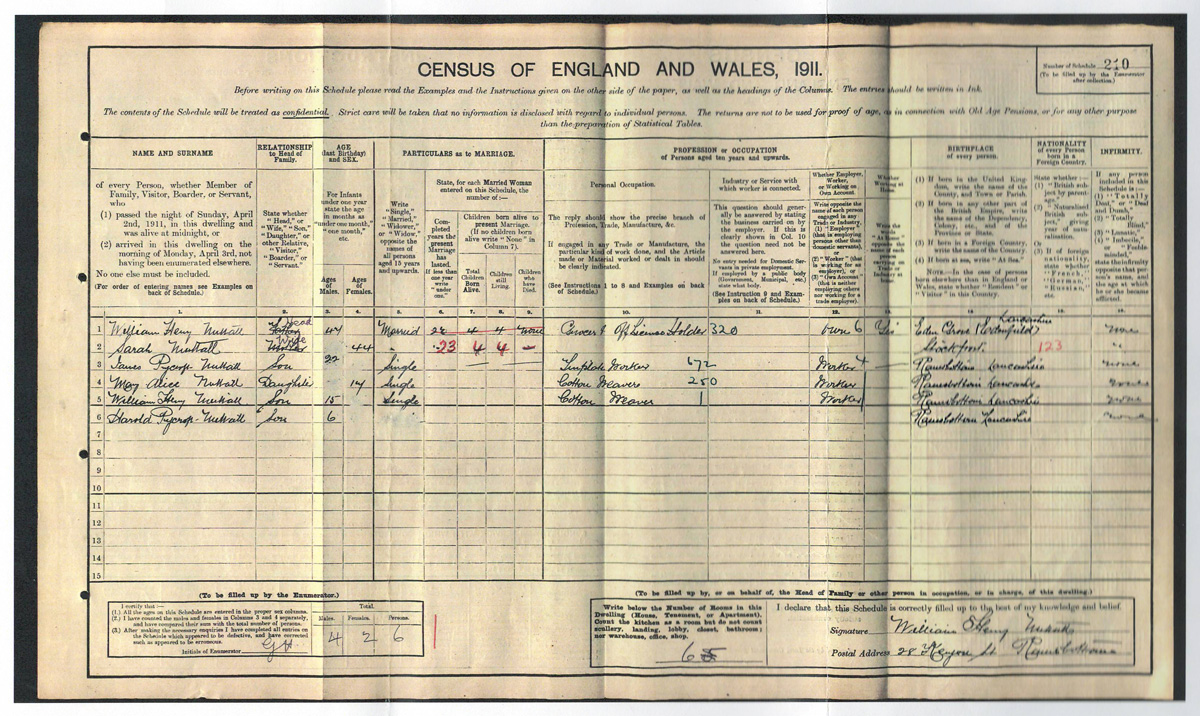