17thcentury chandeliers are quite rare – it was only the wealthy who could afford to burn such a large number of expensive candles at the same time. However, by the 19thcentury they were becoming more frequent – many of them made on the continent, especially Holland.

This example is Dutch and dates from the mid-19thcentury, having solidly cast arms with drip pan and candleholder threaded together. It would have been originally wired at the end of the 19thcentury. 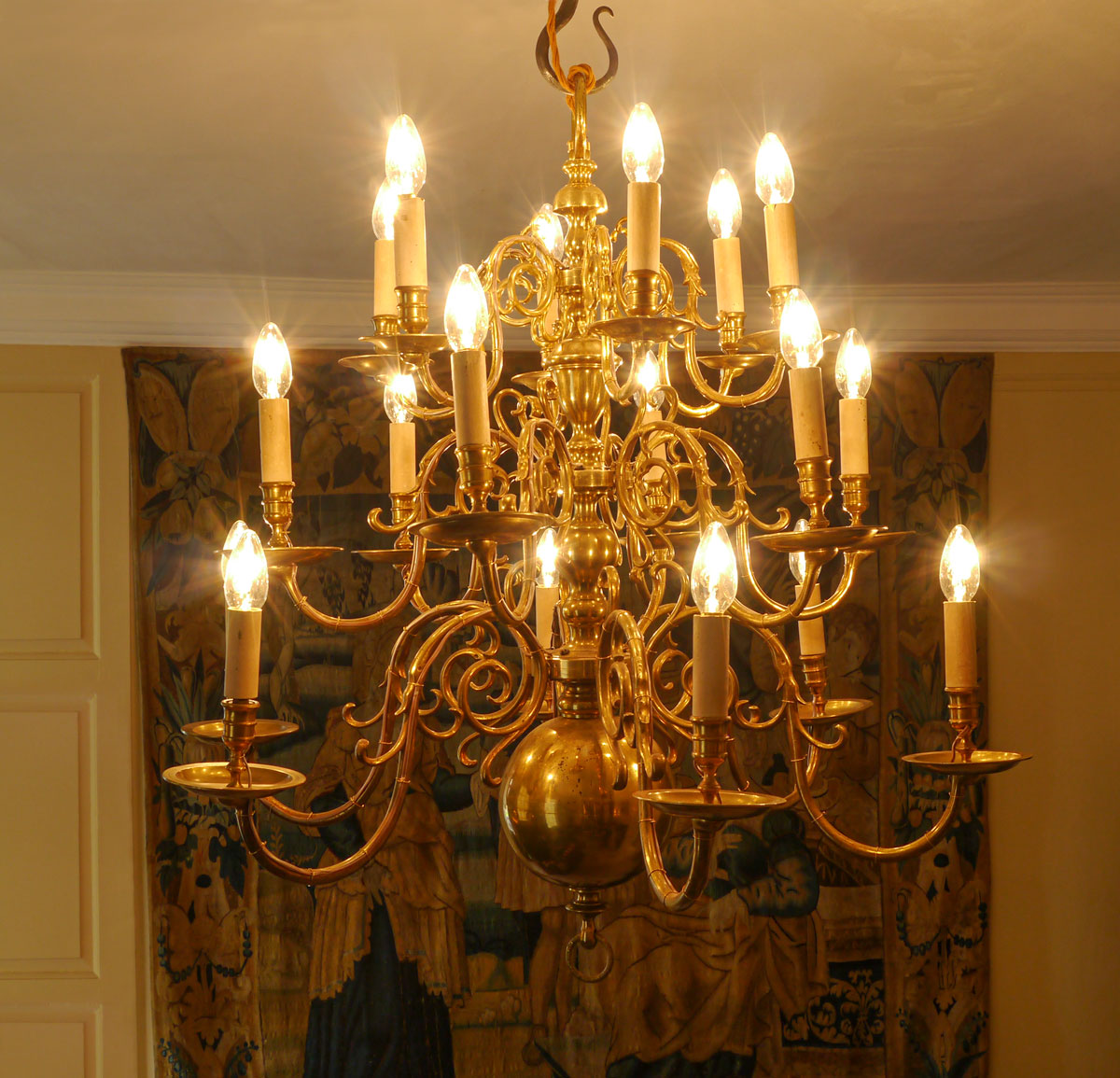 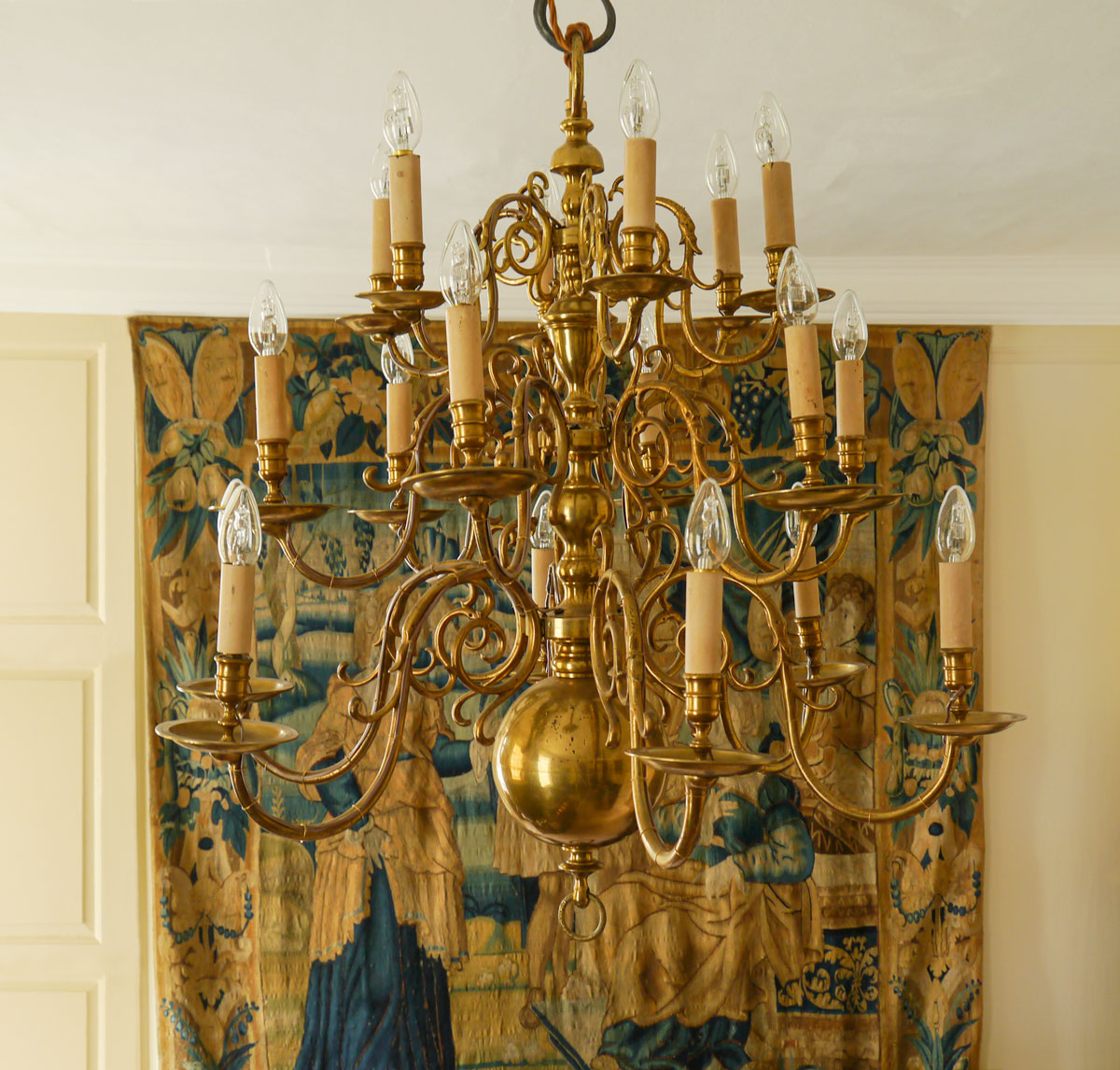