Two truly rare and amazing High Back Windsor Armchairs, which have been together since they were made in the middle of the nineteenth century. It is my belief that the two chairs were made by either the Allsop, Gabbitass or Godfrey families of Worksop, to show the two designs of "Best High" chairs that they made (perhaps as an advertisement or for a trade show). One chair has the Christmas Tree splat, whilst the other shows the Decorative Pierced splat. The yew wood used in both examples is identical, with the splats being fretted from pieces of burr yew. The leg turnings are correct for both type of chair, the more complicated turning matching the heavily pierced Decorative splat, whilst the Christmas Tree chair has a slightly simpler turning. The arm supports are identical. Worksop, circa 1840-50. 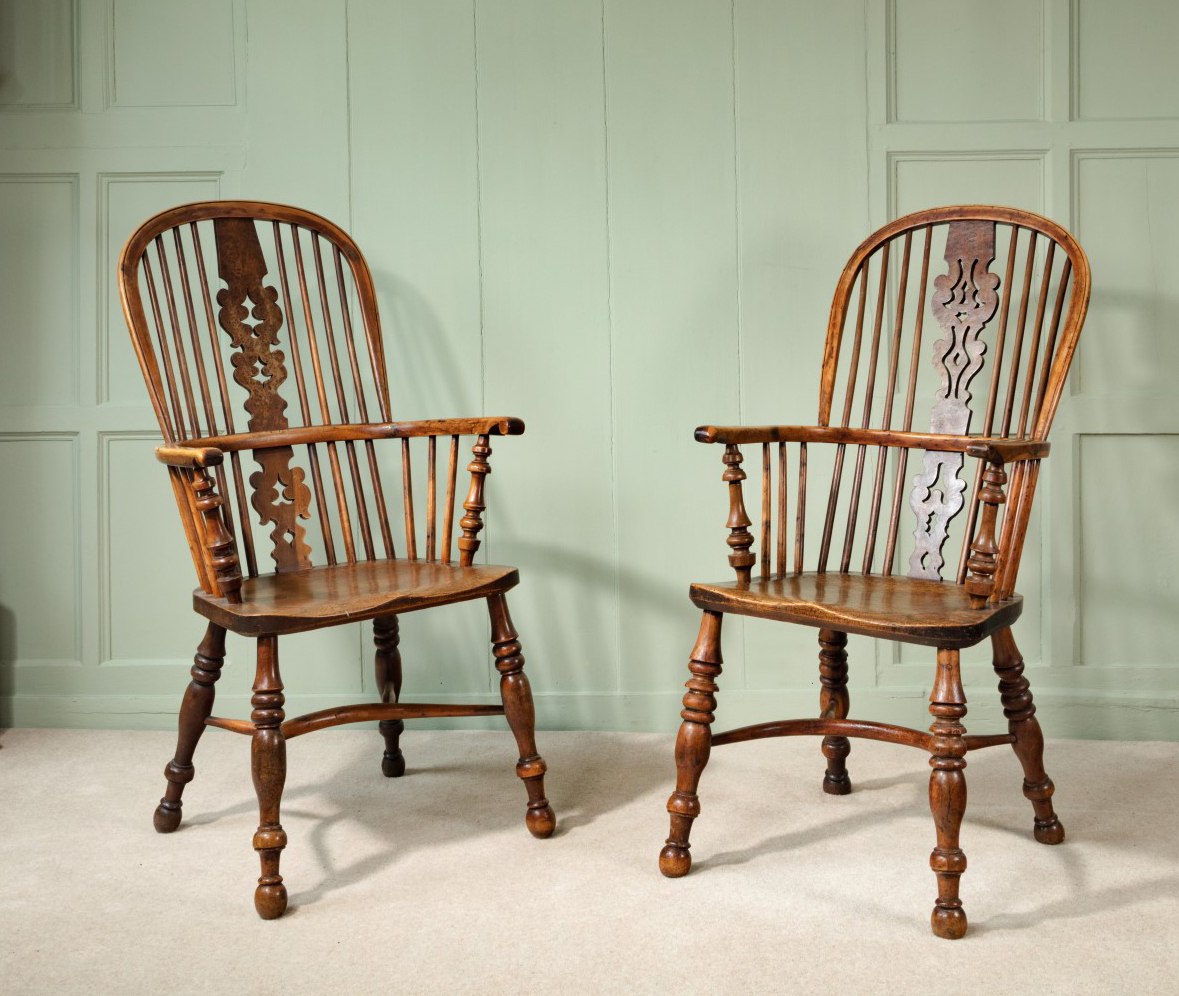