Depicting a scene from the story of Gombaut and Macée – a shepherd and shepherdess. Their courtship and marriage was the subject of several sets of tapestries and woodcuts of the 16th century, known as “The Loves of Gombert and Macée”, which represent the carefree, liberal lives of the couple, which can clearly be seen in the illustration. This scene is known as the “Rural Spread” or “Le Repas”, and probably represents the couple’s marriage.

Woven in silks and wool, which retain excellent colours, with little fading. The tapestry also retains the original inner border. 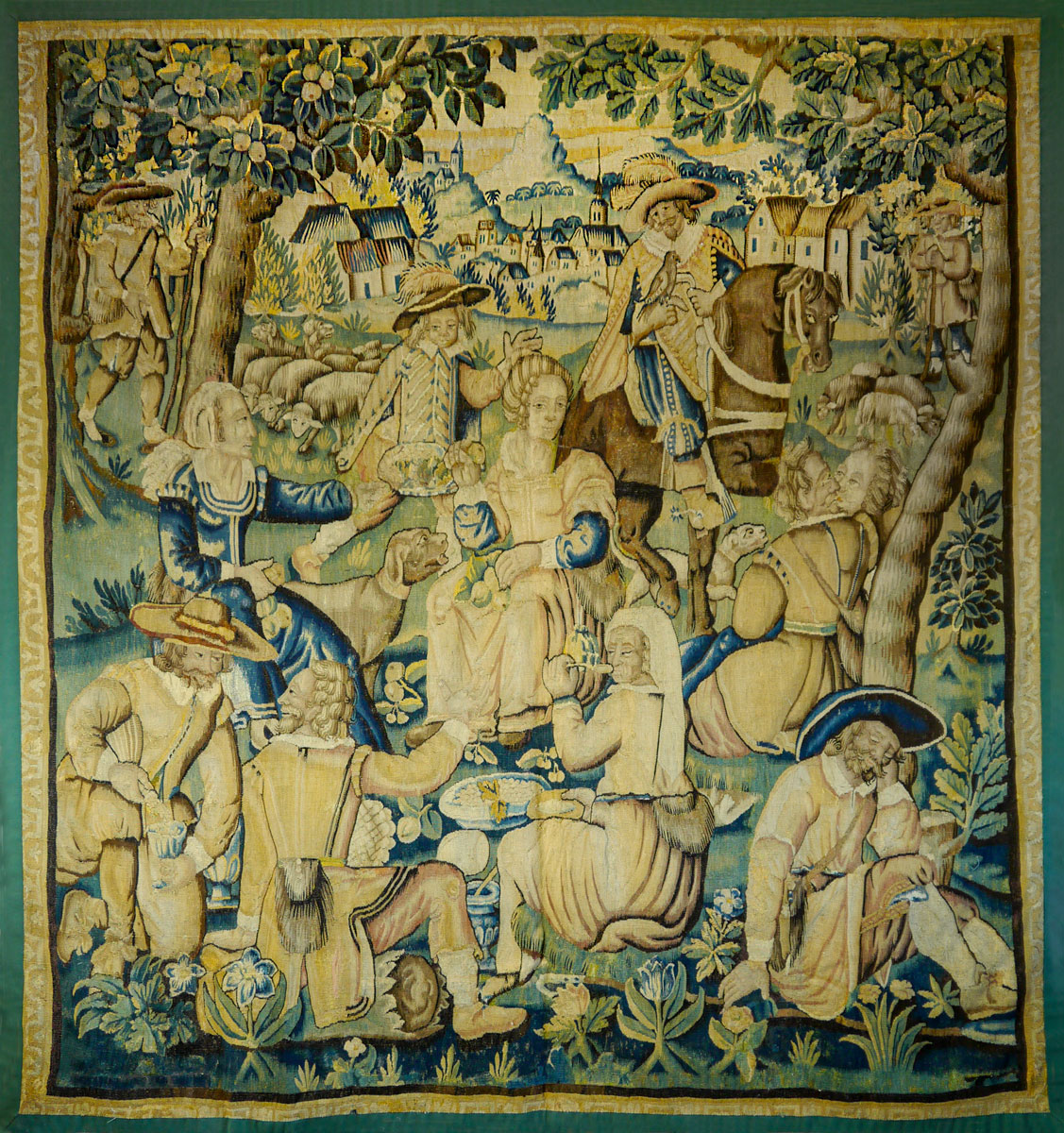