So-called, because they are an imitation of folded parchment. As is normal with parchemin panels, the centre imitates a “barley-twist”, which opens out at the top and bottom into a goblet-shape, centred by asymmetrical scrolls. To either side of the pillar, are fruiting vines and stylised oak leaves and acorns.

These panels would almost certainly have formed part of a large hall cupboard – possibly the ends which would have been made up of four vertical pairs. (See the example shown here from the Gruuthusemuseum, Bruges). 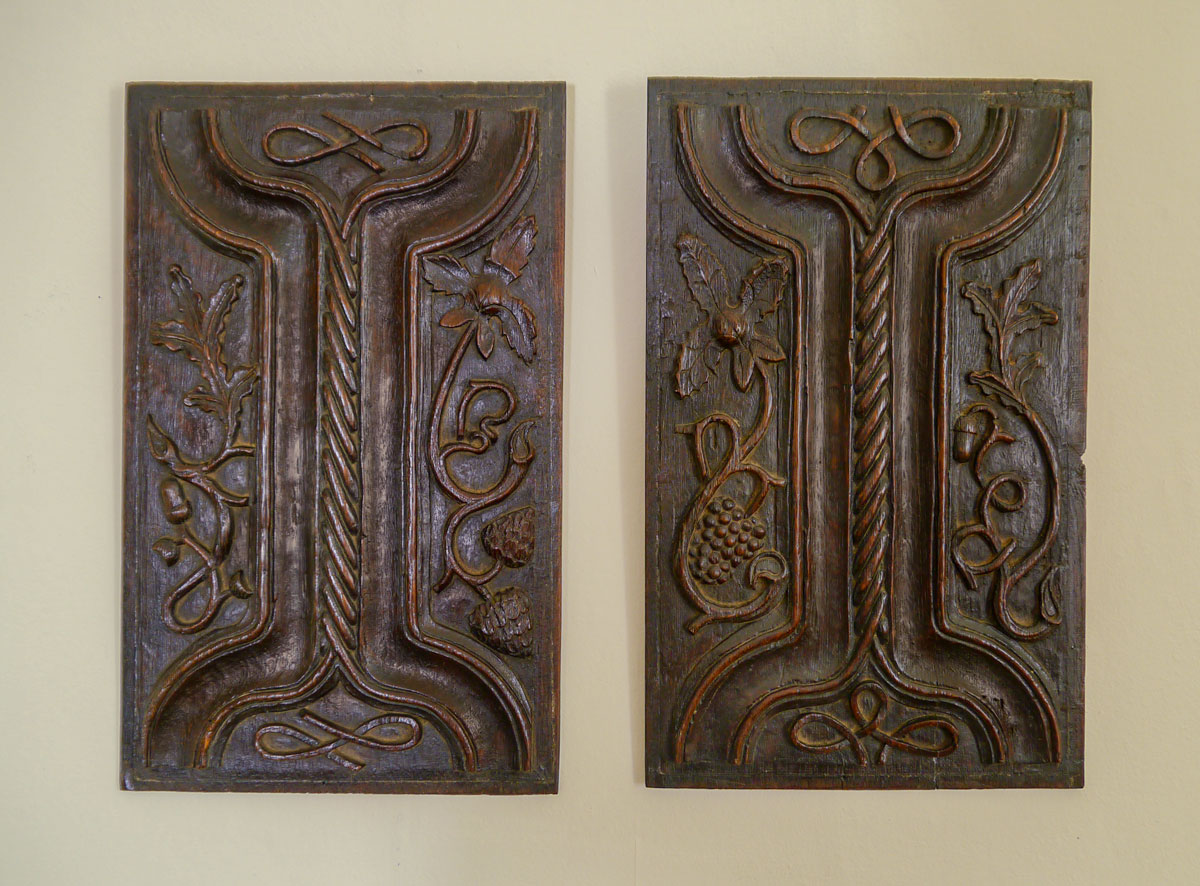 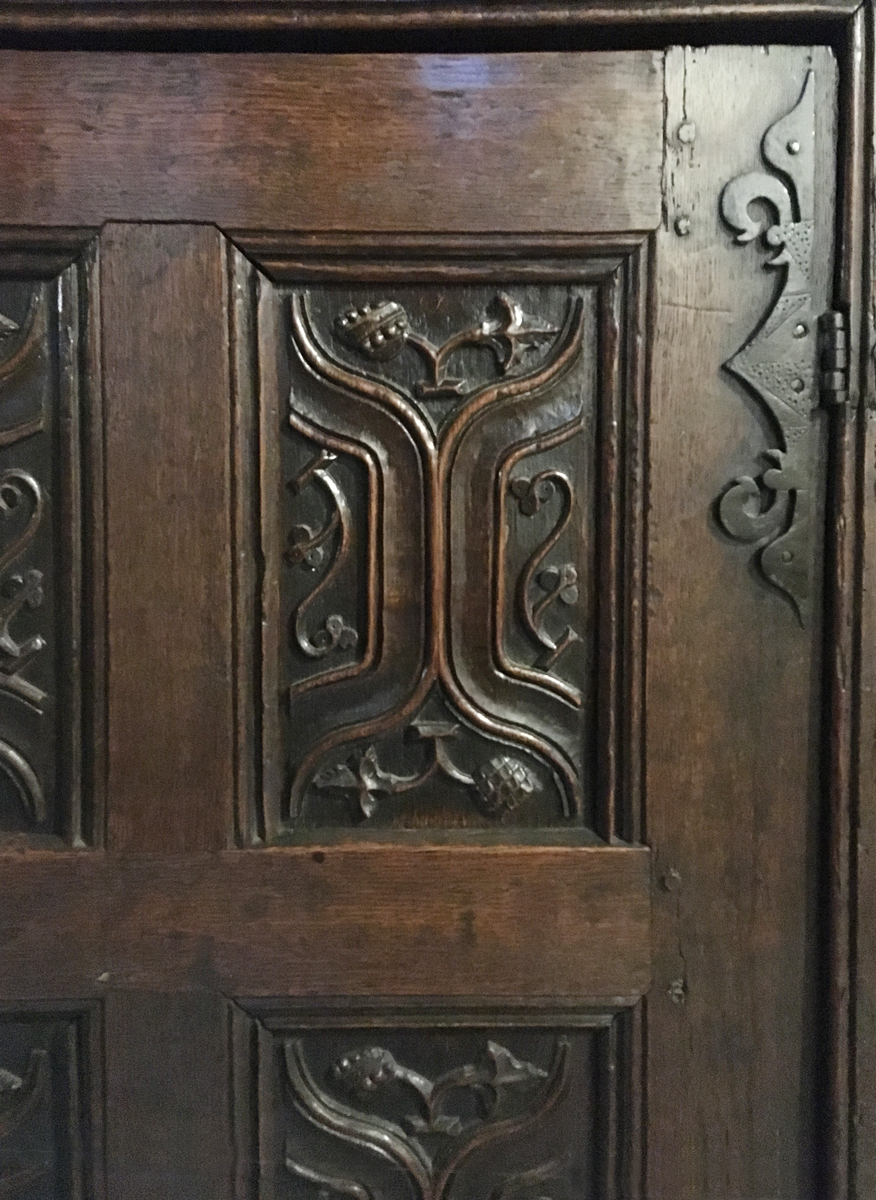